Here are the top  journals in which you can find scholarly knowledge on Byzantine Constantinople.You can search our Journals and E-Journals. 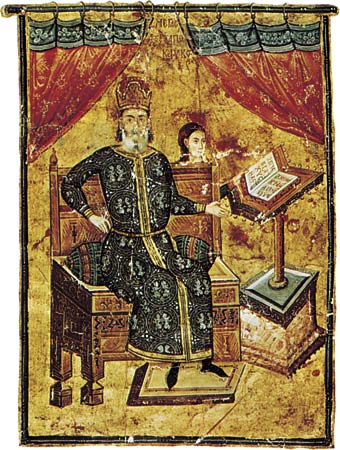 Portrait of the high admiral Alexius Apocaucos, illuminated manuscript page from the Hippocrates Courtesy of the Bibliothèque Nationale, Paris