Before Constantinople: Byzantion, Rome and the capitals of the Tetrarchy 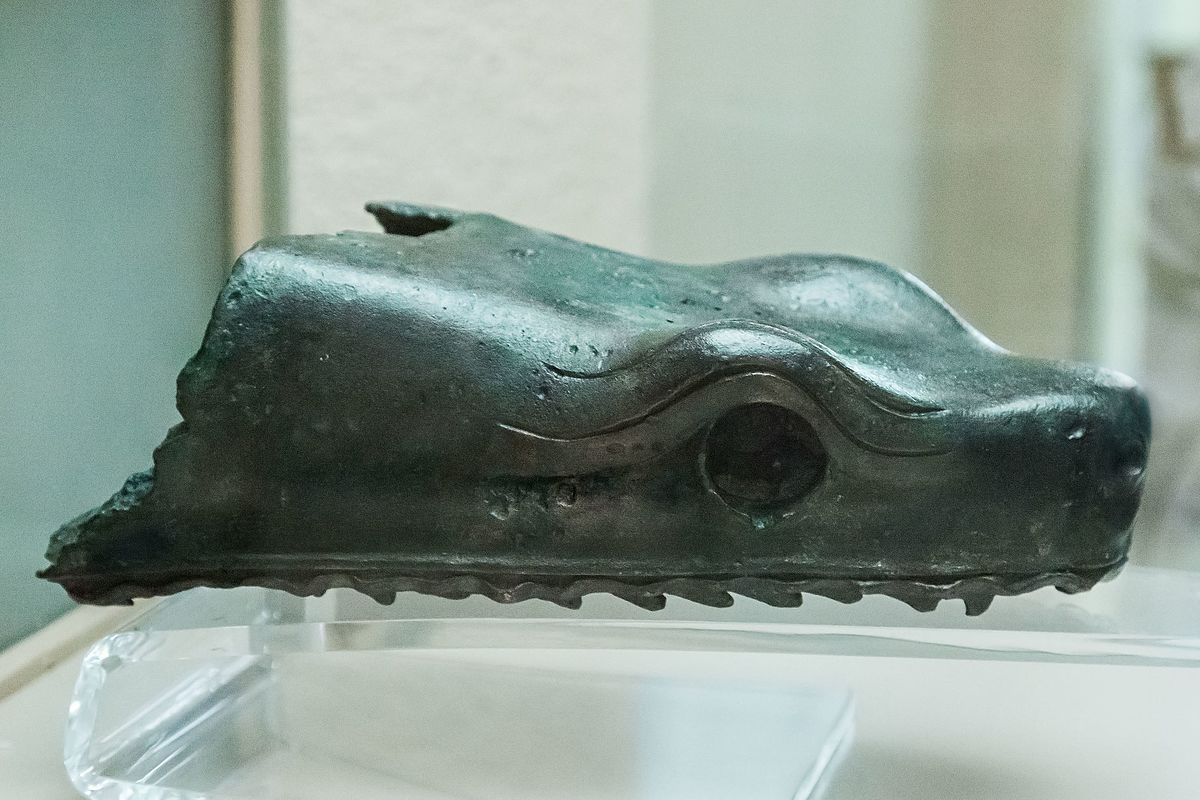 The Serpent Column, a part of one of the heads is today in the Istanbul Archaeology Museum

(Βυζάντιον, also Βυζαντίς), name of a Megarian colony at the southern mouth of the Bosporos, reportedly founded ca.660 b.c. The word is of Thracian origin; cf. the town of Bizye, the river Barbyses, etc. Ancient and Byz. legends considered a certain Byzas (the son of the nymph Semestre or a legendary Thracian king) as the founder of the city, sometimes together with the mythical Antes. The Parastaseis syntomoi chronikai often refers to “the days of Byzas and Antes” (e.g., Parastaseis 100.17); a combination of these two names must explain the toponym Byz-Ant-ion.

Constantine I chose Byzantion as the site of his residence, transformed gradually into a new capital. Byz. authors through the 15th C. (e.g., Douk. 43.9) used the name Byzantion for their capital, although the official designation was Constantinople (Gr. Konstantinoupolis, “the city of Constantine”). The Byz. never extended the name Byzantion to their empire, which was termed “of the Rhomaioi”; for them the Byzantioi were the inhabitants of the capital. The term Byzantine Empire was coined by 16th-C. humanists.

Seeing that Byzantion was absorbed into Constantinople without any radical replanning, its layout influenced that of the new city and many of its buildings survived into the Byz. period. The ancient city walls, renowned for their strength, described an arc from the Golden Horn to the Propontis, passing a short distance east of what was to be Constantine's Forum. Demolished by Septimius Severus in 195–96, they were rebuilt in the second half of the 3rd C., probably along the same line. The acropolis of Byzantion, on the site of the present Seraglio, contained the main temples, which were still standing in the 6th C. Two fortified harbors lay within the walls on the shore of the Golden Horn. Next to them was an agora (later the Strategion). A second agora, called Tetrastoon, is represented by the open space south of Hagia Sophia, later the Augustaion. From there a colonnaded street, ascribed to Severus, led westward to the city gate. The theater, amphitheater (in the region of Mangana), the baths of Achilles and Zeuxippos, the aqueduct of Hadrian, and possibly the Hippodrome were further features of the ancient city that survived into the Middle Ages. The cemetery of Byzantion lay west of the city walls. The archaeological remains of Byzantion are very meager except for a good number of inscriptions. Cyril Mango, Alexander Kazhdan