Asia Minor not only benefits from its favorable geostrategic location between Asia, Europe, and Africa, but also from a pleasant climate, fertile soil, and abundant natural resources. It is likely that already during the Bronze Age this constellation contributed to wealth and power. 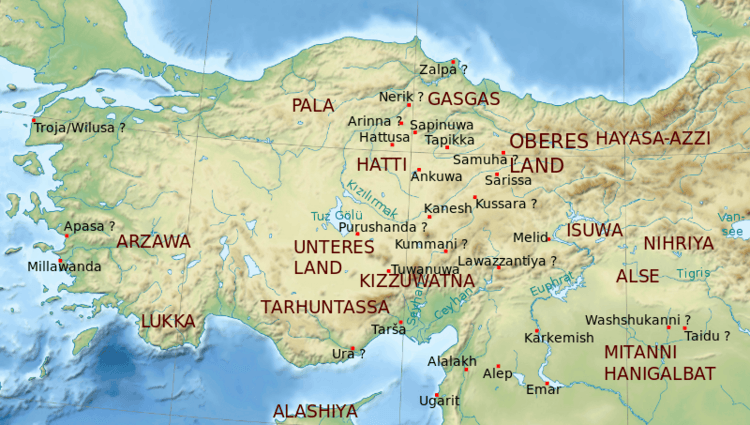 The first flowering of civilization during the Early Bronze Age (3200–1900 BC) brought a network of independent city-states, centered on fortified towns dominated by palaces and temples. Excavated sites are Lidar, Kurban Höyük, Arslantepe, Norsuntepe, and Tarsus in the southeast; Ikiztepe in the north; and Troy I and II in the northwest. Their economy was based on trade and metalworking, particularly arsenical copper. The simple painted pottery was increasingly wheel-made and burnished. During this period, eastern Anatolia was drawn into the cultural sphere of the Transcaucasian Kura-Araxes culture, characterized by its handmade, highly polished red-black pottery. From the middle of the third millennium BC, a constant trickle of pastoral groups from the steppes north of the Black Sea entered Anatolia, forming a new elite. Their tombs at Alaca Höyük, Horoztepe, and Mahmutlar contained exquisite bronze and gold artifacts showing cultural connections with Eurasia and Iran. From around 2400 BC, however, many towns declined and were destroyed, probably as the result of internecine warfare and bids for power by invading groups, such as the ancestors of the Hurrians and the Indo-European Luwians and Hittites. The Middle Bronze Age (ca. 2000–1600 BC) basically continued the material culture of the Early Bronze Age, but tools and weapons were increasingly made of tin bronze. The cuneiform archives found in the Assyrian trading colonies established outside some native towns, in particular Karum Kanes/Kultepe (1950–1750 BC), provide historical information on the period immediately preceding the establishment of the Hittite Old Kingdom. The political unification of Anatolia by the Hittites, from the beginning of the Late Bronze Age (ca. 1600 BC) on, and campaigns abroad brought wealth to the capital, Hattusas/Bogazkale, and towns such as Alaca Höyük, Acemhoyuk, Masat, and Tilmen Höyük. Excavations of monumental palaces and temple storerooms yielded a staggering amount of highly burnished red pottery, bronze weapons, art objects, ceremonial artifacts, and cuneiform archives informing us about the rituals and history of the empire. The monumental sculptures such as the Sphinx Gate at Alaca Höyük and the Lions, Sphinx, and King's Gate at Hattusas display Egyptian artistic influence. At the same time, the growing importance of Hurrian religion is reflected in the rock reliefs of Yazilikaya. It was found that in the thirteenth century BC, Hattusas expanded into a vast city of temples, surrounded by elaborate fortifications. The contemporary layers of Beycesultan and Troy in the western parts of Anatolia show a similar cultural horizon and close contacts with the Aegean world during the second millennium BC. A hypothesized climatic crisis during the thirteenth and twelfth centuries BC, political turmoil, and the invasion of the Sea Peoples apparently contributed to the collapse of the Hittite Empire. The destruction of Hattusas around 1200 BC marks the end of the Bronze Age.