Consider the pyramid to be a visual representation of the entirety of clinical biomedical information. Resources at the bottom of the pyramid are plentiful but are not necessarily Evidence-Based in their approach or findings.  Moving up the pyramid, resources are developed using more robust methodology which lessens bias and leads to stronger Evidence-Based findings but are fewer in number.  The list of resources on the Evidence-Based Resources tab above are listed hierarchically top to bottom based on the pyramid.  Start at the top of the list and move down until you find a resource that answers your question – you can then feel confident that you have discovered the Best Evidence available on your topic. 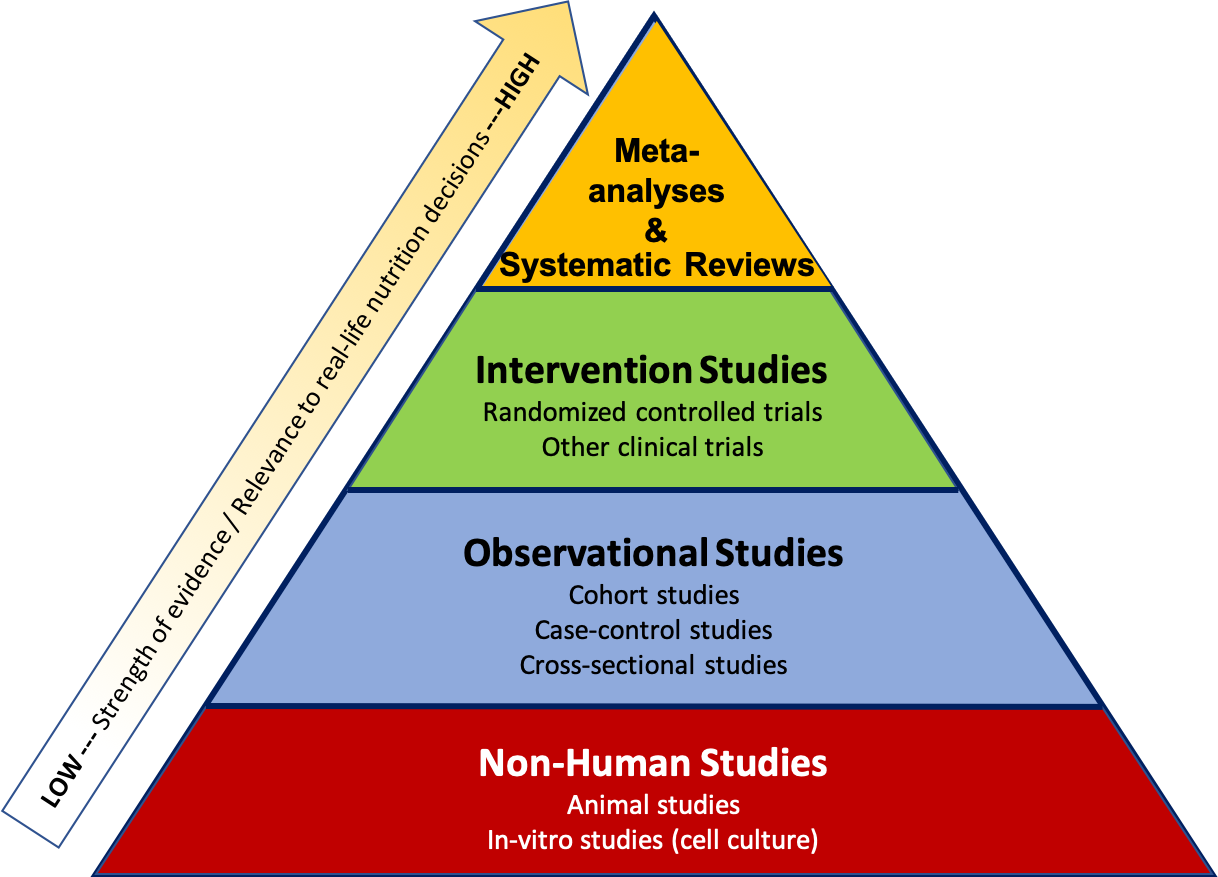 A review which endeavors to consider all published and unpublished material on a specific question.  Studies that are judged methodologically sound are then combined quantitatively or qualitatively depending on their similarity.

A  clinical trial involving one or more new treatments and at least one control treatment with specified outcome measures for evaluating the intervention.  The treatment may be a drug, device, or procedure. Controls are either placebo or an active treatment that is currently considered the "gold standard".  If patients are randomized via mathmatical techniques then the trial is designated as a randomized controlled trial.

In cohort studies, groups of individuals, who are initially free of disease, are classified according to exposure or non-exposure to a risk factor and followed over time to determine the incidence of an outcome of interest.  In a prospective cohort study, the exposure information for the study subjects is collected at the start of the study and the new cases of disease are identified from that point on.  In a retrospective cohort study, the exposure status was measured in the past and disease identification has already begun.

Studies that start by identifying persons with and without a disease of interest (cases and controls, respectively) and then look back in time to find differences in exposure to risk factors.

Studies in which the presence or absense of disease or other health-related variables are determined in each member of a population at one particular time.