Sound of the Hittite Languages 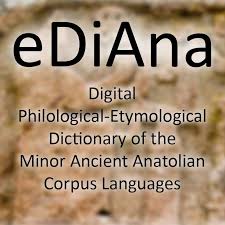 I am indeed Asatiwatas,
The blessed of the Sun, the servant of the Storm-God,
Whom Awarikus exalted, king of Adanawa.
The Storm-God made me father and mother to the city of Adanawa,
And I developed the city of Adanawa,
And I enlarged the land of Adanawa, both to the west and to the east.
And in my days the city of Adanawa had prosperity,
Satiety and comfort, and I filled the arsenals of Pahara,
I added horse upon horse, shield upon shield,
Army upon army, all for the Storm-God and the Gods
I crushed the arrogance of the arrogant, all the evil that was in the land I cast outside.
I erected mansions for my lordship,
I brought prosperity to my race,
And I sat on the throne of my father, I made peace with every king.
Kings considered me their father, for my righteousness, for my wisdom,
And for the goodness of my heart.
I built mighty fortresses on all my borders,
On the borders where there had been bad men, leaders of gangs, none of whom had been subservient to the house of Mopsos I, Azatiwatas put them at my feet.
I destroyed the fortresses there, I built fortresses in those places, so that the people of Adanawa might dwell in ease and in peace.
In the west
I subjugated mighty lands
Which the kings before me had not subjugated.
And I, Azatiwatas subjugated them, made them my servents.
And I settled them in the east of my land,
Within my borders.
The people of Adanawa, too, I settled there.
And in my days I enlargened the borders of Adanawa to the west as well as to the east, so that, in the places which had formerly been feared, on the desolate roads where men would be afraid to walk, in my days women could stroll with their spindles.
And in my days there was plenty, satiety, comfort and peace.
And Adanawa and the land of Adanawa lived in peace and plenty.
And A built this citadel,
And I gave it the name of Asatiwadaya,
Because the Storm-God and the Gods directed me towards this,
So that this citadel might protect the plain of Adana and the house of Mopsos.
In my days there were in the people of Adanawa was plenty and peace,
In my days none of the people of Adanawa was put to the sword.
And I built this citadel, I gave it the name of Azatiwadaya,
There I settled the Storm-God and I made sacrifices to him; annually an ox, in the season of ploughing a sheep, in autumn a sheep I sacrificed to him.
Asatiwatas, Ruler of the plain of Adanawa

Lecture by Theo van den Hout: A is for Anatolia. Writing and Literacy in the Hittite Kingdom